*Please note that this post was written yesterday (Sunday, the 15th) as I was watching my Fantasy opponent make a Royals (circa 2014-2015) style comeback on me. Also, the Rangers/Blue Jays brawl (which I’ll get to) happened while I was writing this. …What a crazy f*ckin’ day.

MY GOD, it’s been awhile since my last post &, you might’ve guessed it, Fantasy’s to blame…

I’ve reached the point where I need someone to check me into Fantasy rehab (& it’s only week 6!) but I’d also never be able to speak to that person again… & I’m finally at a place in my life where I like everyone I know.

Oh well, it’s my problem, & I’ll deal with it, right after I check on today’s games…

F*ck. Why’d I stream Devenski??? Damn rookie pitchers… They’re like virgins, you have to wait for them to get really good &, in Fantasy, where time crawls, ain’t nobody got time for that sh*t. At least, I don’t. Been there. Done that. Over it. Totally dropping Devenski, dropping him so hard, just like I dropped Berrios.

…Yes, I’m a monster, but this is sports, so, as Aroldis Chapman and Jon Jones can tell you, a little monstrosity is no biggie (as long as you keep playing the game well.)

That’s right, Aroldis Chapman is back from his 30 game suspension & he is throwing heat with the same powerful hands that got him suspended (‘according to a police report, he placed his hands around his girlfriend’s neck during an argument and fired a gun eight times.’)

‘Chapman’s case was one of three investigated by MLB this offseason as part of the new domestic violence policy. The others involved Jose Reyes of the Colorado Rockies and Yasiel Puig of the Los Angeles Dodgers.’

Reyes, it turns out, will also be suspended.

Frankly, it’s about damn time the MLB started cracking down on domestic violence… but are they going far enough?

Chapman was an original draft pick in my 6 person Fantasy league, even with the suspension, because when it comes down to it, in baseball, a 30 game suspension is no biggie…

Meanwhile, my bestie (now to be referred to as my bestie again & not as ‘LameFace McGillicuddy’) was forced to drop Dee Gordon, who was suspended 80 games for using PEDs, from his Fantasy roster. It’s a tough loss for him (&, I suppose, for the Marlins as well.) 😛

Shouldn’t Chapman have been suspended at least as many games as Gordon for scaring his girlfriend so bad that she ‘hid in the bushes outside his home while she phoned police dispatchers for help.’ What an *sshole, right?

…So, why aren’t people judging him the way they’re judging Dee Gordon?

What I mean by that is-

When I asked some fantasy baseballers I know if they knew exactly what Chapman did to get suspended, none of them knew. All they knew was that he’d been suspended for ‘domestic violence’ & now he’s back & throwing fast fastballs. (Well yeah, the dude is strong…)

I can only assume that if he’d been given a longer suspension, more people would know the details of what he did-

(Say what you want about Dee, but at least he risked his own life.)

…So, as long as we’re on the subject of *ssholes, let’s talk about someone who I’ve become more & more convinced is an *sshole-

In 2015, Jones ‘pleaded guilty to a charge stemming from a hit-and-run crash in April that injured a pregnant woman.’ (He served no jail time for the hit-and-run.)

Before that, ‘he was involved in four previous documented incidents, ranging from driving with a suspended license to running his car into a utility pole.’

…The part where he was stripped of his UFC title?

He’s fighting to reclaim it AT UFC 200 IN THE MAIN EVENT SPOT.

What I find troubling is that, according to Jones, he never actually lost the title or the belt: 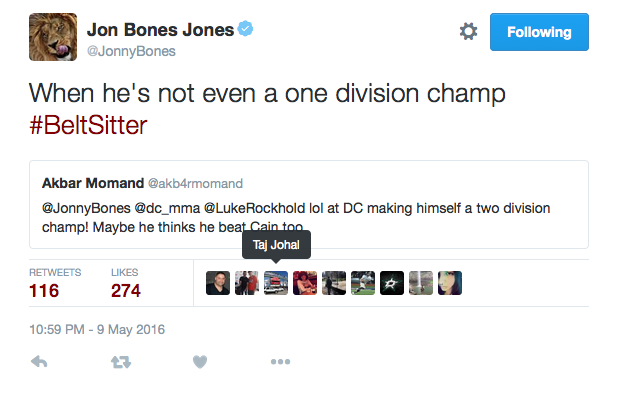 Cormier also never tested positive for cocaine or fled the scene of a hit-and-run.

I believe Jon Jones deserves to feel like a loser

If Cormier could give him the gift of his first real loss in the octagon, that would be a biggie-

A biggie, like Conor McGregor NOT fighting in UFC 200 (Jon Jones got his spot after Conor failed/refused to meet his press obligations.)

Basically, Conor’s saying he’s a big enough star that he’s literally earned ($$$) the right to dictate his own terms for fighting- but the UFC said, nope.

Conor has built his UFC career on being confrontational & ostentatious…& winning (till recently.) So, it makes sense that he’d take on Dana White with the same cocksure-ity he’s employed against his opponents in the octagon…

But you can’t knock out Dana White… or win by decision when your opponent is the decider.

So, what was/is Conor thinking?

Who knows? It’s possible that Conor may well be a little too intoxicated with his own McGregor, but this fight with Dana White does raise a good question:

With the UFC more popular than ever & no UFC union, ‘what are the limits of the UFC’s powers’ ? 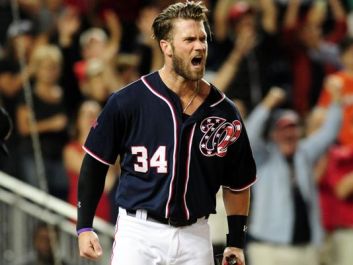 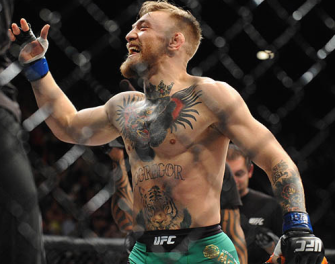 Yup. They’re quite a pair of shrinking violets, aren’t they?

Love them or hate them, swagger is good for business… & they’ve got it in spades.

How can you *not* want to ‘make baseball fun again?’ 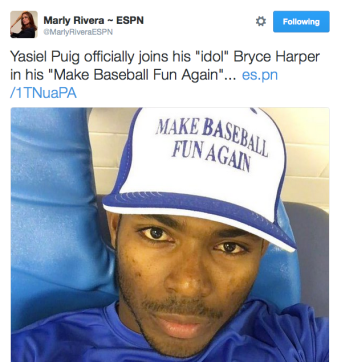 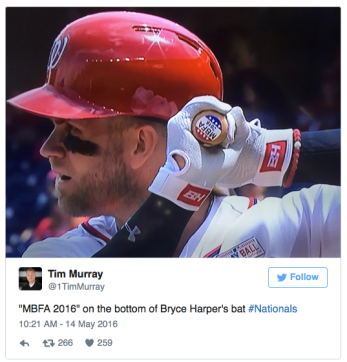 When it comes to the Rangers vs. the Blue Jays, I think the Rangers might be the *ssholes…

…which isn’t to say Rougned Odor doesn’t have a mean right hook. He does…

Maybe, there’s a place for him in the UFC?

Trying to stay out of trouble till next time, your grl on base.